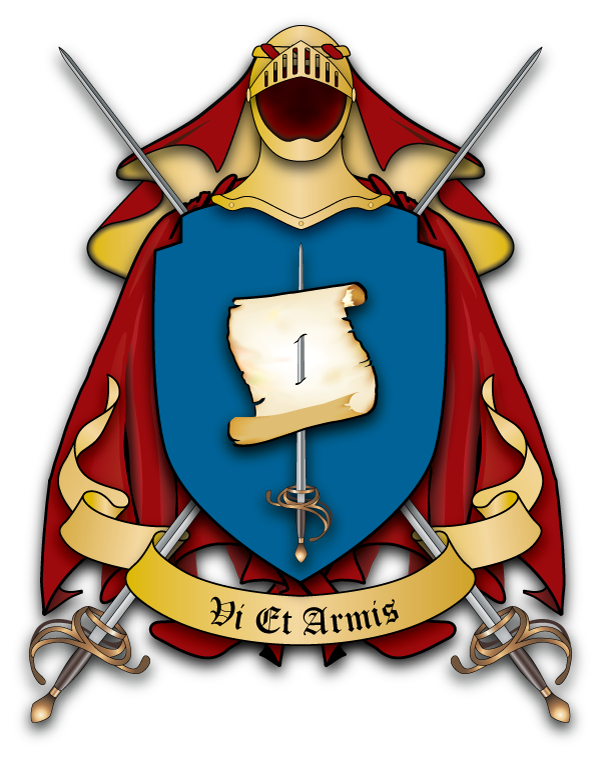 Blazon: Azure, a Scroll Proper impaled by a Rapier Proper. Atop the Shield, a Knight’s Helm affronty Or mantled Sanguine Doubled Or from a Wreath of those Colours. The motto, Vi Et Armis – By Force And Arms to be carried in an Escroll below the Shield. Supporters, a Cape of Office Sanguine and 2 Rapiers Proper crossed in Saltire.