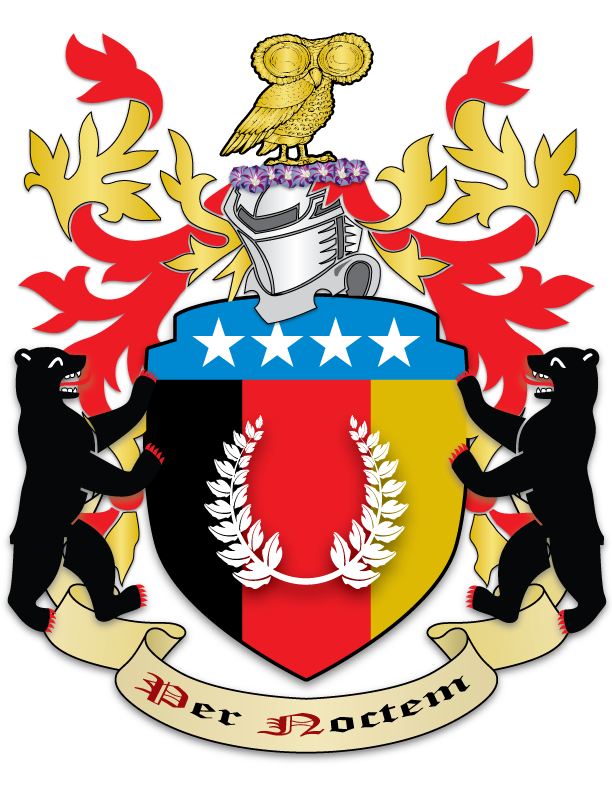 Blazon: Tierced Per Pale, Sable, Gules and Or, on a Chief Azure, 4 Mullets Argent and over all Laurel Wreath Argent. Atop the Shield, a Helm mantled Gules doubled Or and on a Wreath of Morning Glories is set for a Crest, an Athenian Owl Or. Supporters on either side, a Bear rampant Sable, armed and langued Gules. The Motto, Per Noctem (Latin: Through the Night) to be carried in an escroll below the shield.

Per Noctem
(Latin: Through the Night)