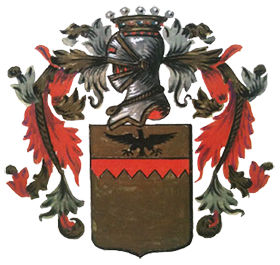 Blazon: Or, a fess enhanced and indented Gules in chief an eagle displayed Sable.