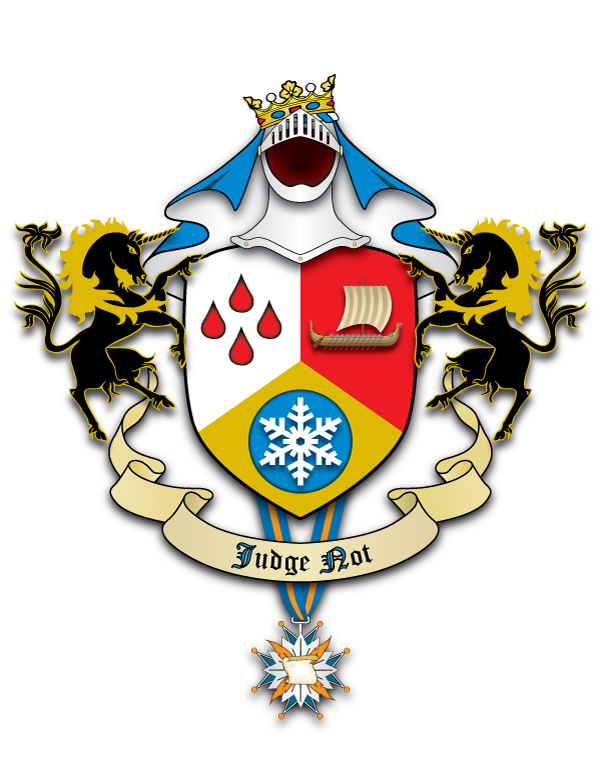 Blazon: Per Pall inverted, Argent, Azure and Or, in Dexter 4 Gouttes de Sangue, one each in Chief, Dexter, Sinister and Base, in Sinister a Viking Ship Proper and in Base on a Crystal Ball of the Second, a Snowflake of the First. The motto, Judge Not to be carried in an Escroll below the Shield. Atop the Shield, a Knight’s Helm affronte mantled Azure doubled Argent and on a Wreath of the Colours is set for a Crest, a Crown seated bendwise sinister with 2 Pearls Proper between 3 Fleur De Lis Or. For Supporters, 2 Unicorns rampant respectant Sable Crined Or. The Knight’s Cross of the Order of the Tawny Quill to be suspended below the Escroll.

ID: 1000003 – Tilted Crown represents old family tradition that matriarch was an illegitimate Child of a King.