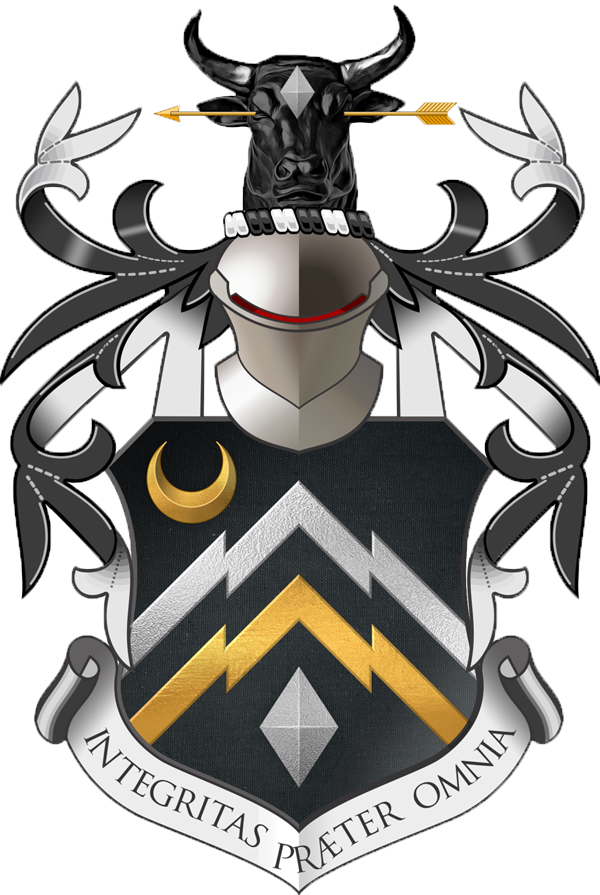 ID: 1000354 – Reasoning: The crescent is from the crest of my college fraternity’s CoA, we are always supposed to strive to reach the unattainable crescent. Both of my degrees deal mainly with electronics hence the bevilled lines. The chevronells for my military service and they resemble mountains. I was in the 10th Mountain Division as well as the Colorado Air National Guard. I also own a gold placer mining claim, which is why the lower chevronel is gold, as in, under the snow capped mountain. The lozenge in base, as well as on the bulls head, represents my time as a First Sergeant. The arrow through the bull’s eyes is for my love of marksmanship competition. The black background because I like it, to me it gives a feeling like ‘Out of the darkness of my past’.