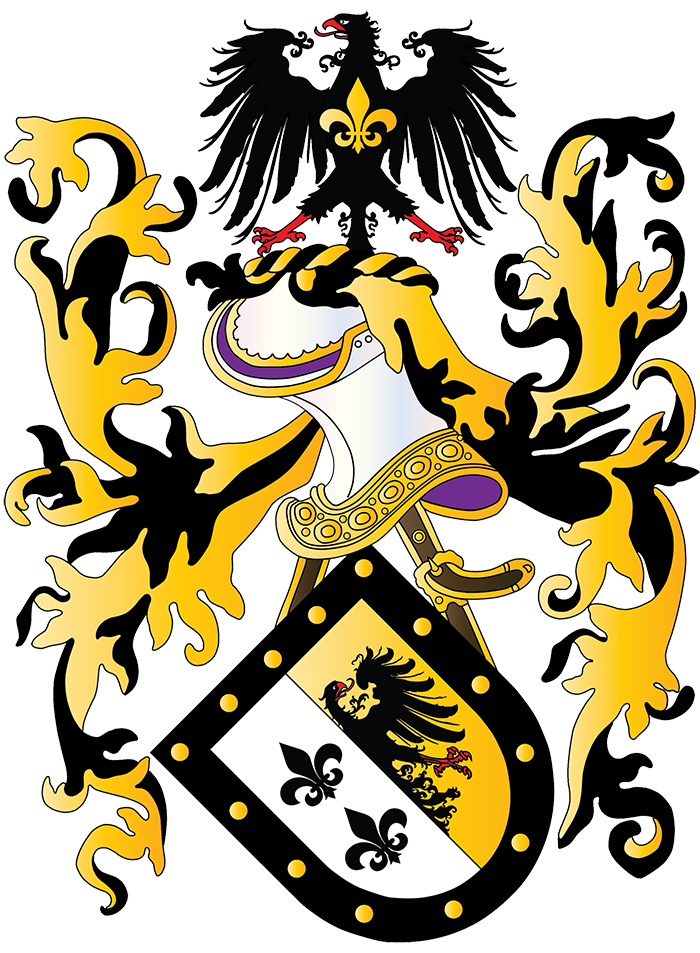 Blazon: Per pale Argent and Or, two Fleur-de-Lis Sable in pale, and issuant from the line of division, the sinister half of a Double-Headed Eagle displayed Sable, armed and langued Gules, within a bordure Sable charged with thirteen roundels Or. Upon a Helm mantled Sable doubled Or and from a wreath of these colours is set for a Crest, an Eagle displayed Sable, armed and langued Gules with a Fleur-de-Lis on its chest Or.