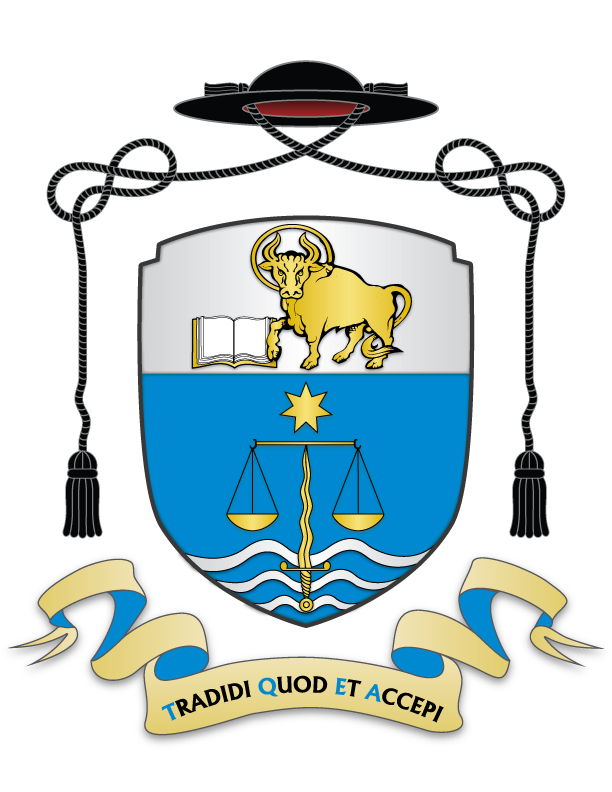 Blazon: Per Chief, Argent & Azure. In chief, a Bull passant guardant with a Halo holding an Open Book, both Or fimbriated Sable and at the nombril point, 3 Barrulets Wavy Argent, debruised by Justice Scales balanced on a Kriss point and surmounted by a Mullet of seven points both Or, fimbriated Sable. The Whole Surrmounted by a Galero Sable. The Motto Tradidi Quod Et Accepi (Latin: I Have Passed on That Which I Have Received) to be carried on an Escroll beneath the Shield.

Tradidi Quod Et Accepi
(Latin: I Have Passed on That Which I Have Received)