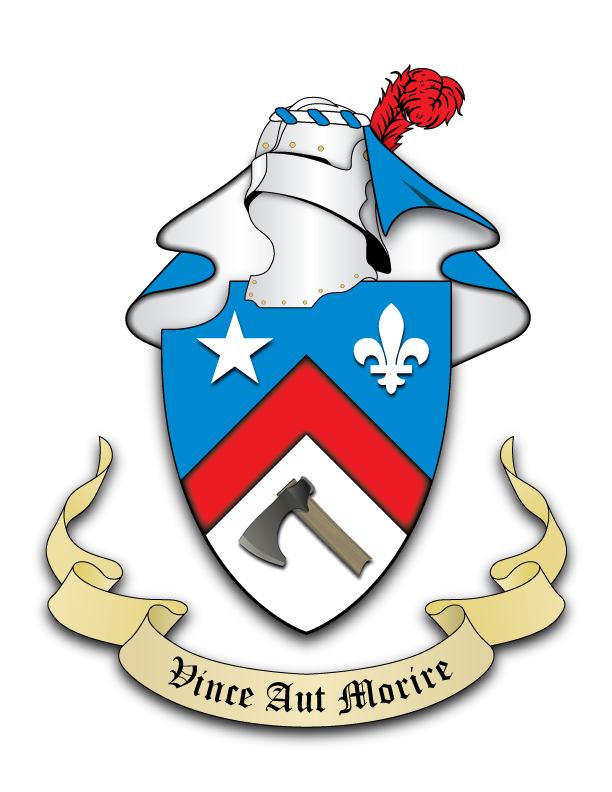 Blazon: Per Chevron Azure and Argent, a Chevron Gules between a Mullet and Fleur-De-Lis Argent and a Tomahawk erased bendwise Proper.

ID: 1000111 – The Star is on the left the traditional position of honor for the stars on the American flag. The Fleur-de-lis represents my French Canadian ancestry from which my last name comes. The chevron is intended to represent my service in the U.S. Army as a Non-Commissioned Officer. The tomahawk is a traditional American weapon dating back to Colonial America and typically associated with Army Rangers. The choice of helm was based on what the forces defending France would have worn during the Hundred Years’ War, and the Levesque name goes back to Norman nobility. The motto was taken from the Bedford flag, which was raised by Colonial troops in the French and Indian War (Seven Years’ War) prior to the formation of the United States and flown again by the defenders of the Concord Bridge in the first battle of the American Revolution.