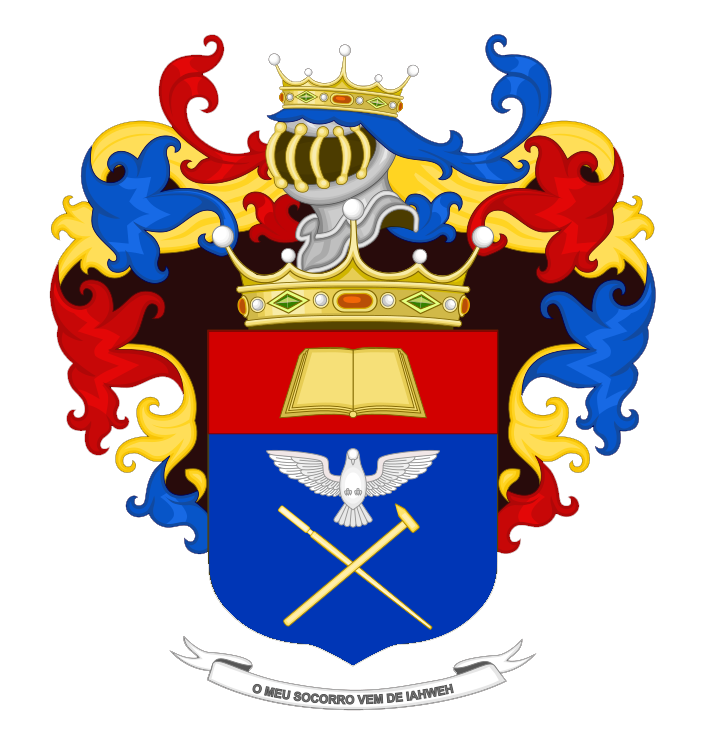 Blazon: Per Chief, Gules and Azure, in Chief a Book Or and in Base a Dove displayed, head affronte Argent above a Goldsmith’s Point debruised by a Hammer in Saltire Or. Above all, a Viscount’s Colonel. The Motto, O Meu Socorro Vem De IAHWEH (Latin: My Help Comes From YHWH) to be carried in an Escroll beneath the Shield.

ID: 1000004 – The Coat of Arms was redone and awarded by S.A.S.Prince Dom Cláudio I Magnus Augustus Saxe – Altenburg Bragança de Lucena, Head of the Royal House of Lucena (Royal House in Exile in Brazil). Letters Patent of Grant & Dignity of Title – Number 080/2019 A.D. Viscount of SÓRIA. Viscount Title was recognized by the Federal Government of Brazil with Certificate number 1030734. Also Titled Baron of Ordona-Italy and Baron of the Sovereign Royal House Von Holleben, through the Titular and Head of Arms and of the Sovereign Royal House Von Holleben.