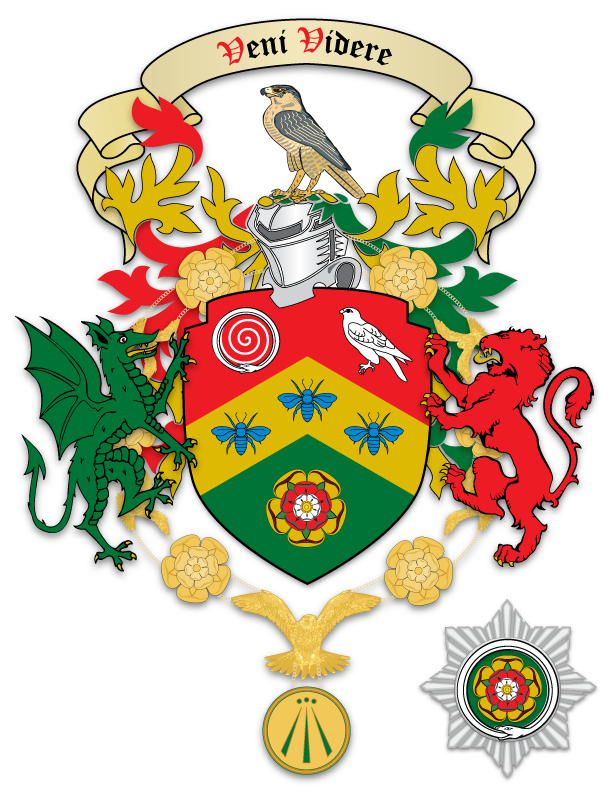 Blazon: Per Chevron Gules and Vert, on a Chevron Or between an Ouroborus facing dexter Argent surrounding a Spiral Gules and Argent in Dexter and a Falcon Argent in Sinister and a 15 Petaled Triple Rose Argent on Gules on Or barbed Vert and seeded Or in base, 3 Bees Azure. Atop the Shield, a Helm mantled Dexter Gules and Sinister Vert, both doubled Or and atop a wreath of Or and Vert is set for a Crest, a Peregrine Falcon Proper. The Motto Veni Videre (Latin: I Came to See) to be carried in an escroll above the Crest. Supporters: In Dexter, a Dragon rampant Vert and in Sinister, a Lion rampant Gules, both armed and langued Or. Surrounding the Shield, the Ceremonial Chain of Awen.