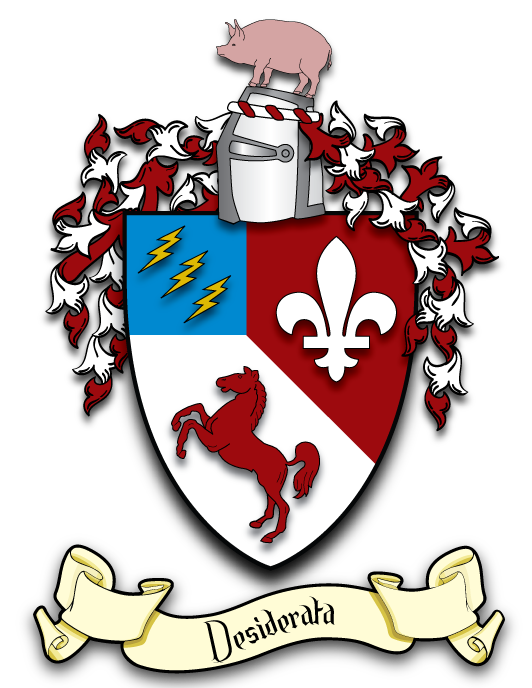 Blazon: Per Bend, Sanguine and Argent, a Fleur-De-Lis in Chief of the Second and a Horse Rampant in Base of the First, both fimbriated Sable, and on a Canton Azure, 3 Lightning Bolts Bendwise Sinister Or, fimbriated of the Third. Atop the Shield, a Steel Helm with Mantling Sanguine Doubled Argent and on a Wreath of the colors is set for a Crest, a Hog Statant Proper. The motto, Desiderata to be carried in an Escroll below the Shield.

Desiderata
(Poem: Go Placidly Amid the Noise and Haste)

ID: 1000055 – The first commissioned work for assumearms.com. It went through 15 revisions before the final was decided upon. Finalized on April 1st, 2009. It was the the son’s (Michael Holbert Roberts) gift to his father.