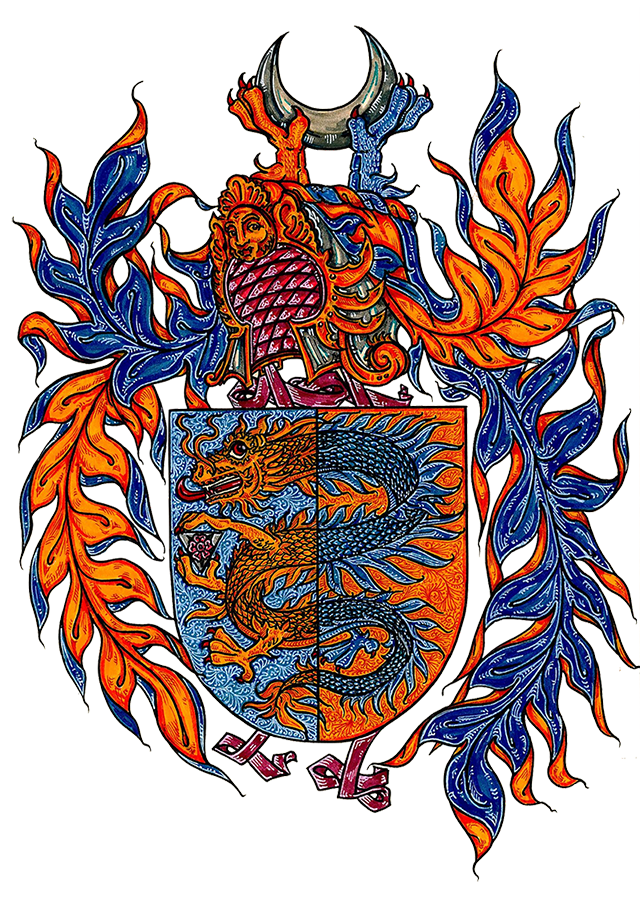 Blazon: Per pale, Azure and Or, an oriental dragon counterchanged, armed and langued Gules, holding in its upper claws an inverted triangle Argent, charged with a rose Gules, barbed Vert. Crest: Two claws of a dragon erased and erect, the dexter Or the sinister Azure, both armed Gules, holding a crescent Argent.