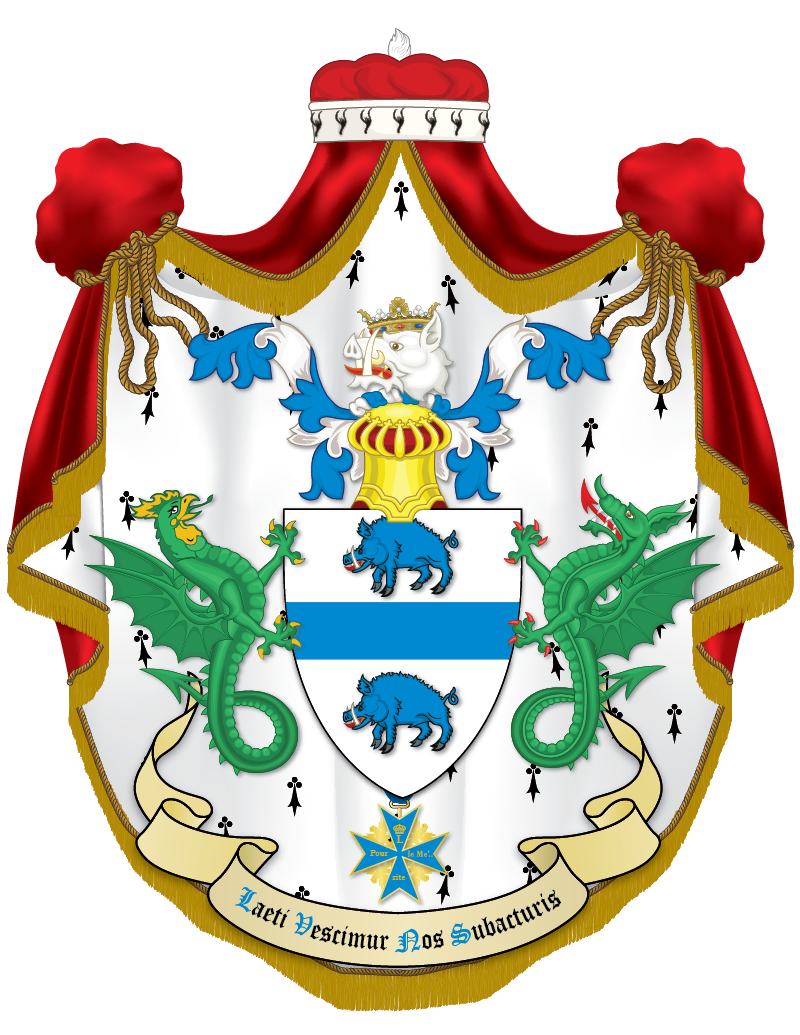 Blazon: Argent, a Fess Azure between 2 boars Azure, langued Gules and defendu Argent. Atop the shield, a Royal Helm affronte Or mantled Azure doubled Argent and on a Wreath of the Colours is set for a Crest, a Boar’s Head erased, langued Gules and defendu Argent wearing a French Marquis’ Crown. The Knight’s Cross of the Sacred and Military Order of Merit of Pomerania and Livonia to be carried beneath the Shield and the motto Laeti Vescimur Nos Subacturis (Latin: We Gladly Feast Upon Those Who Would Subdue Us) to be carried in an escroll below the Cross. Supporters: To dexter a Cockatrice Vert, combed, beaked, wattled, and membered Or and to Sinister a Wyvern armed and langued Gules. All conatined within a Robe of State Gules trimmed Or and doubled Ermine and crowned with an Ancient Prince Elector Cap.