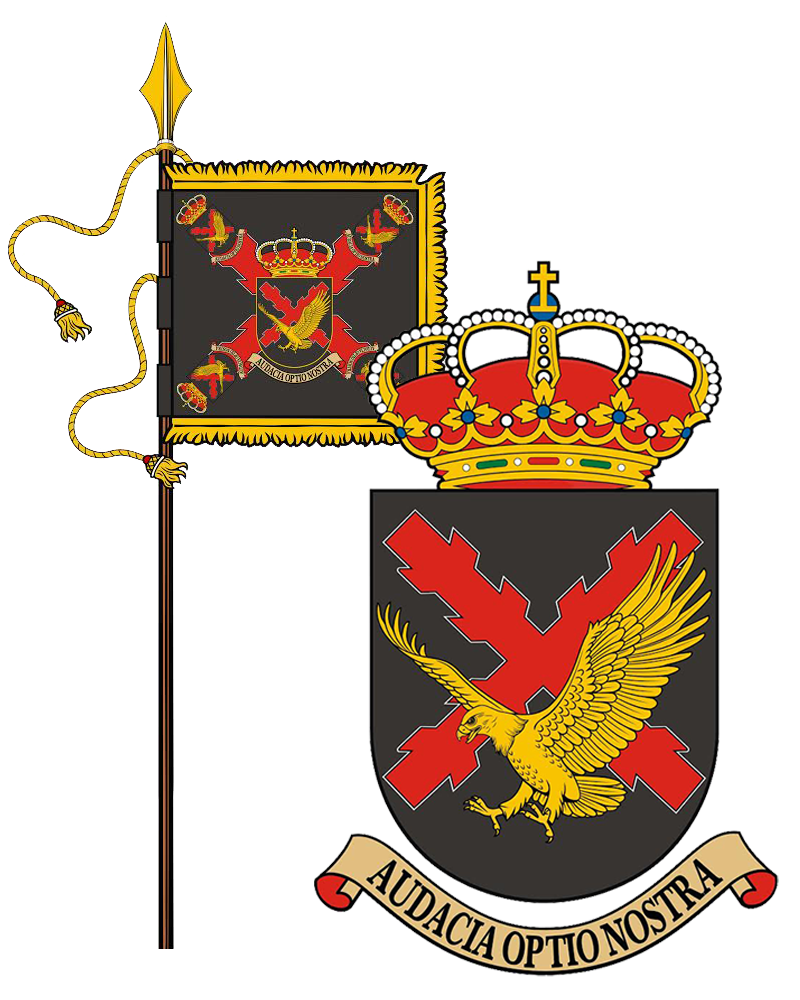 Blazon: Sable, a Saltire Gules and overall a Goshawk Or. The Spanish Royal Crown is set for a Crest. The motto Audacia Optio Nostra (Latin: Our Audacious Choice) to be carried in an Escroll below the Shield.

ID: 1000324 – This one has some interesting features and I have included the Guidon of the Company to illustrate its use. One is that it is Tincture on Tincture, normally a no-no in British Heraldry, but Sable has been used in Poland and other parts of Continental Europe as early as the fifteenth century as a psuedo-metal because of its high-contrast with the other Tinctures. You will find many Sable Charges on Gules Fields or vice versa. Also, in the Blazon I could have chosen “the Cross of Burgundy” instead of a Saltire Gules, but as the origianl Cross of Burgundy lies on an Argent field, this could lead to an improper emblazonment if used. But you can find many instances of the “Cross of Burgundy” in many different colours both foreground and background, especially in Spain. – MR (AssumeArms)