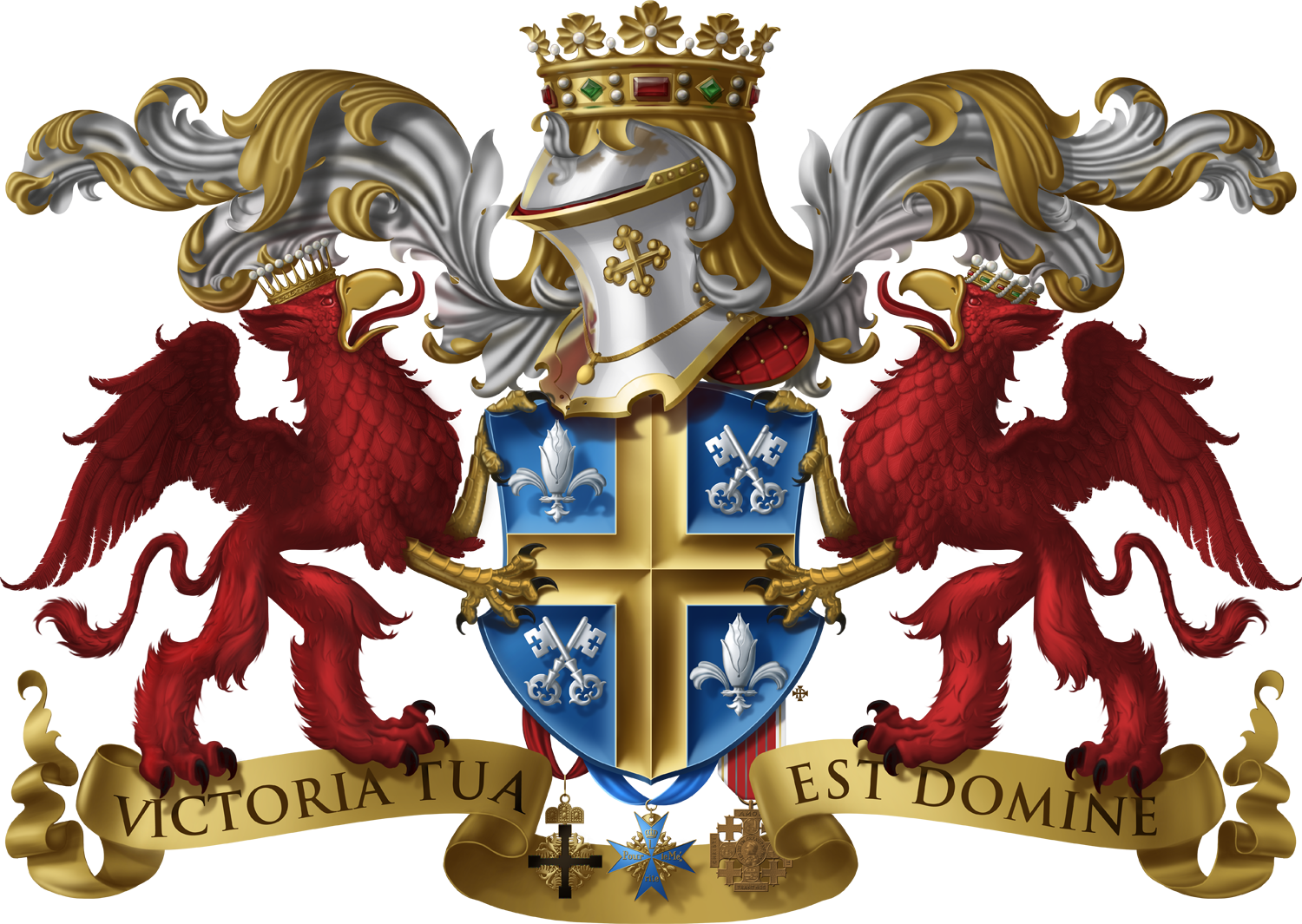 Blazon: Azure, a Greek Cross Or, alternating Fleur De Lis and 2 Keys Saltirewise Argent in each quater. Upon a Helm mantled Or doubled Argent and from a Wreath of these Colours is set for a Crest, a Ducal Crown. The Motto, Victoria Tua Est Domine (Latin: O Lord the Victory is Yours) to be carried in an Escroll below the Shield. Supporters, to dexter, a Griffon Gules with a Condal Crown and to sinister a Griffon Gules with a Baronial Crown.  Suspended beneath the shield, the Order of Knight of the Holy Roman Empire, the Order of Pomerania and Livonia and the Holy Land Pilgrim’s Medal.