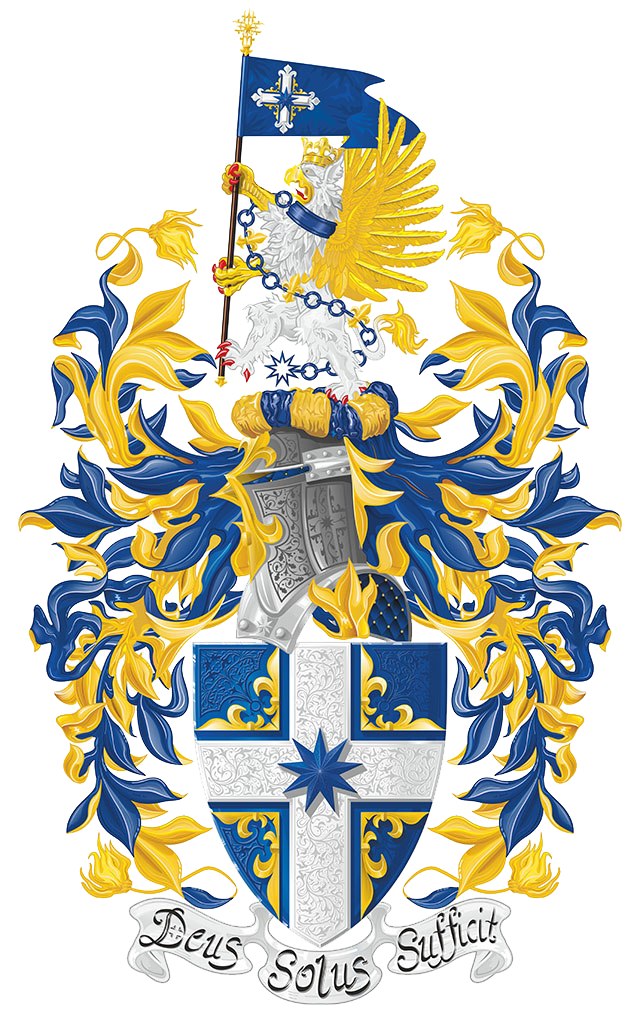 Blazon: Azure on a cross Argent cotised by eight demi fleurs-de-lys Or a mullet of nine points Azure. On a Helm mantled Azure doubled Or and from a torse of these Colours is set for a Crest, a griffin segreant Argent winged, beaked, membered, tufted and crowned with an ancient crown of three fleurs-de-lys Or gorged and chained, the chain terminating in a nine-point mullet voided and alternating with links Azure and three fleurs-de-lys Or, supporting a staff flying a pennon Azure charged with a cross fleury Argent cotised by eight demi fleur-de-lys Or overall a mullet of nine points Argent. The Motto, Deus Solus Sufficit (Latin: God Alone Suffices) carried on an Escroll beneath the Shield.