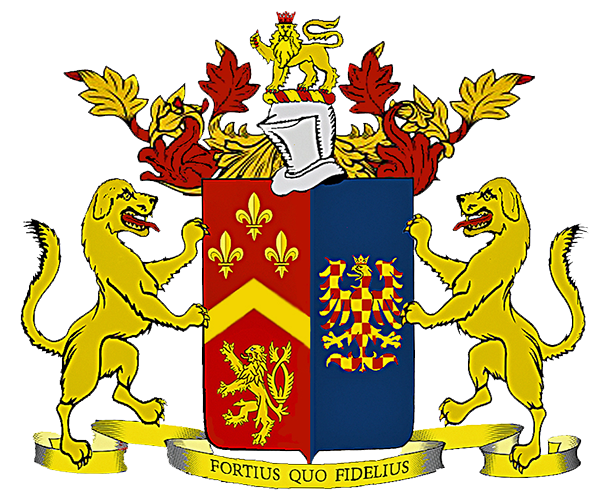 Blazon: Per Pale Gules and Azure, in Dexter, a Chevron Or between three fleur-de-lis of the Third and a Lion with a forked tail rampant of the Third, in Sinister an Eagle displayed and crowned chequy Gules and Or. The motto, Fortius Quo Fidelius (Latin: Strength Through Loyalty) to be carried in an Escroll below the Shield. Atop the Shield, a Helm mantled Or doubled Gules and on a Wreath of the Colours is set for a Crest a Lion passant guardant Or crowned and armed Gules. Supporters: Two Talbots rampant Or langued Gules.