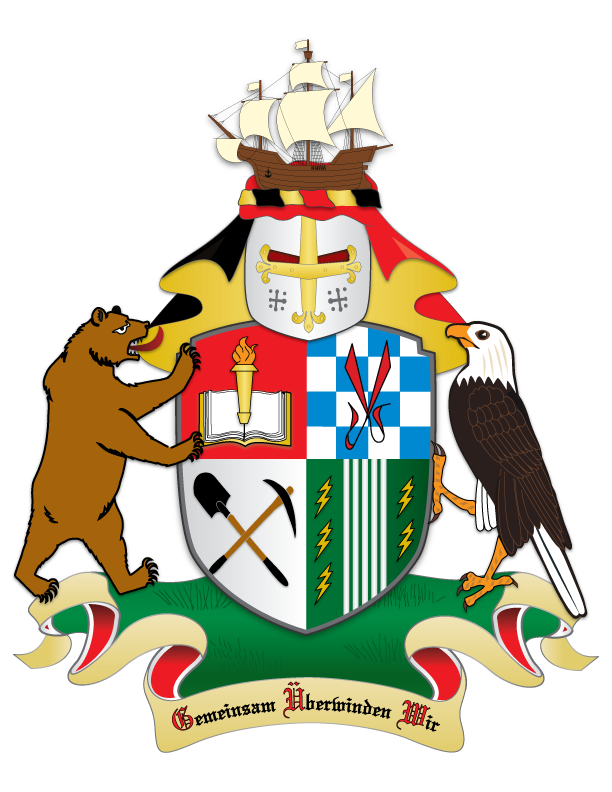 Blazon: Quarterly: 1st: Gules, an Open Book debruised by a Torch, both Or; 2nd: Chequy Azure and Argent, charged with a Pair of Scissors Gules; 3rd: Argent, a Shovel and Pick saltirewise Proper; 4th: Vert, 5 barrulets Argent between 5 Lightning Bolts Or. Atop the Shield, upon a Helm mantled in dexter Sable and in sinister Gules, doubled Or and affixed with a Torse of these Colours is set for a Crest, a Three Masted Ship Proper. The Motto, Gemeinsam Uberwinden Wir (German: Together We Overcome) to be carried on an Escroll beneath the Shield. Supporters (When Allowed): To dexter, a Bear Rampant Brunatre, to sinister a Bald Eagle Proper.