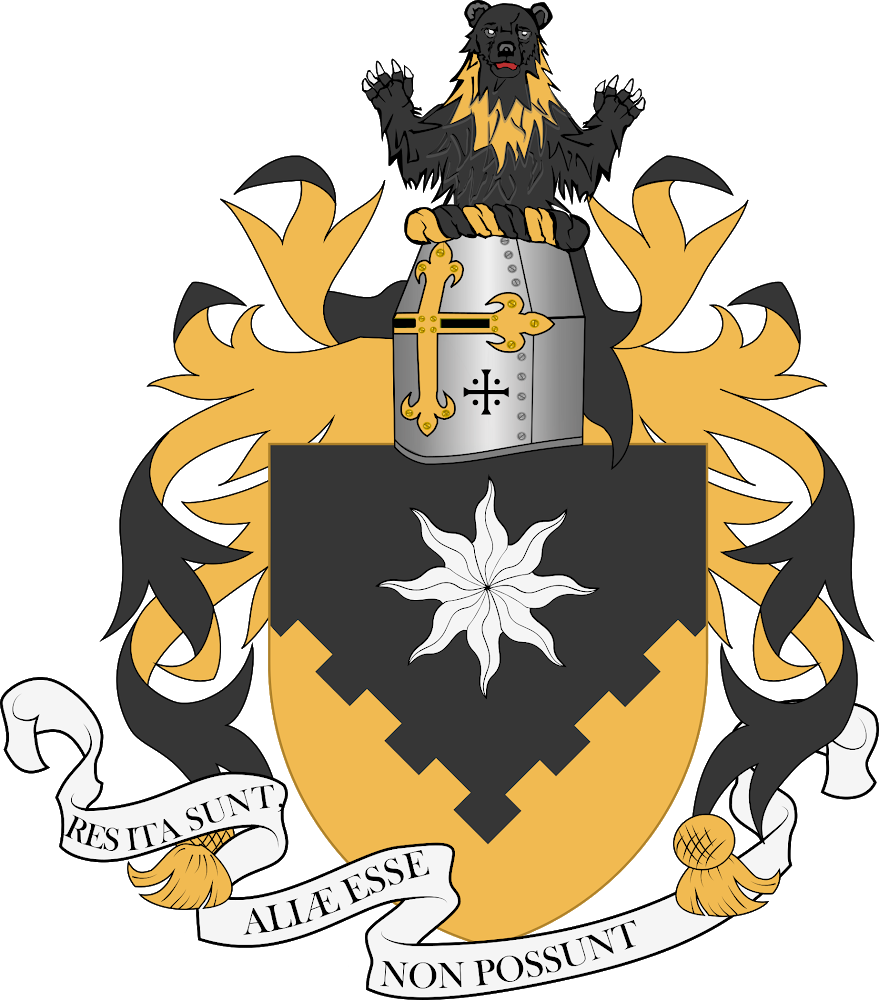 Blazon: Per chevron inverted embattled Sable and Or, in chief an estoile of eight points Argent. On a wreath Sable doubled Or, a demi-Taiwanese black bear (Ursus thibetanus formosanus, or Selenarctos thibetanus formosanus) rampant affronty Sable, his chest mark Or. The Motto: Res Ita Sunt Aliae Esse Non Possunt (Latin: Things Being As They Are, They Can’t Be Otherwise) to be carried on an escroll beneath the Shield.

Res Ita Sunt Aliae Esse Non Possunt
(Latin: Things Being As They Are, They Can’t Be Otherwise)

ID: 1000342 – The estoile is taken from the arms assumed by an ancestor, it also symbolises hope and our place in the universe. The inverted chevron spells a V, the first letter of the armiger’s name and is embattled to cant the surname which means “who comes from the city”. The crest refers to Taiwan and the link by marriage to this country.