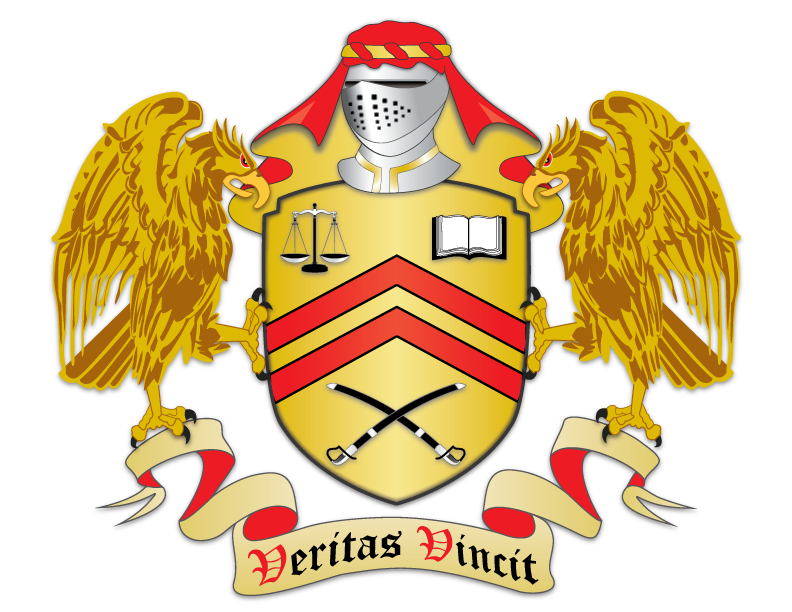 Blazon: Or, between in dexter chief the Scales of Liberty and in sinister chief an Open Book and in base 2 Cavalry Sabers in Saltire, all Sable, 2 Chevronelles Gules fibriated Sable. Atop the Shield, a Helm mantled Gules, doubled Or affixed with a Torse of these Colours. The motto Veritas Vincit (Latin: Truth Conquers) to be carried on an Escroll beneath the Shield. Supporters on either side, a Mexican Golden Eagle Proper.