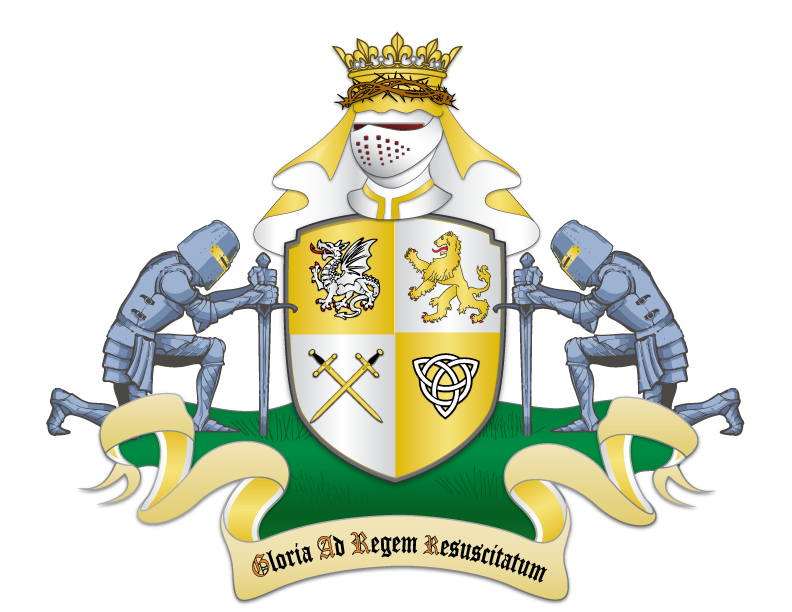 Blazon: Quarterly: 1st: Or, a Wyvren rampant Argent; 2nd: Argent, a Lion rampant Or, armed and langued Gules; 3rd: Argent, 2 Swords reversed in Saltire Or; 4th: Or, a Celtic Knot Argent fimbriated Sable.Atop the Shield, a Helm mantled Or doubled Argent and upon a Wreath of Thorns Proper, a Crown Or is set for a Crest. The Motto, Gloria Ad Regem Resuscitatum (Latin: Glory to the Risen King) to be carried on an Escroll beneath the Shield.

ID: 1000422 – The unusual Metal on Metal coloring, while violating the basic rule of tincture, has nevertheless been used in the past for several coats of arms, most notably the 1st Kingdom of Jerusalem’s arms.